In a recent conversation, Bill brought up a difficult situation he was having with two directors in the business.

These two weren’t getting along with each other and were creating a serious problem in how they were interacting, both in leadership team meetings and in day-to-day work.

In the conversation, we hit on something Bill hadn’t considered: the importance of verbalizing additional expectations for leaders, especially senior leaders.

What It Means to Lead

Being on a leadership team means that someone is expected to perform at a higher level than others in the business.

The biggest difference in expectations isn’t in technical skills, it’s in HOW formal leaders are expected to work with others, especially in their mindset, behaviors, and communication.

This is assumed (at best) at most organizations and is something that many people think of as obvious.

And it’s exceptionally hard to hold people accountable for expectations that haven’t been communicated.

If you haven’t had this conversation, it’s time to verbalize the expectations of executives or senior leaders in how they communicate and interact with others.

This may be a stricter adherence to the company norms or values, or practicing those at a higher level, or something else. Whatever it is, get clear on it and communicate it.

The Effect On Norms

The reason this is so important is that what is practiced and accepted by the leadership team has an outsized effect on the norms of the company—and the actual day-to-day culture, regardless of any culture statement.

If senior leaders tolerate yelling in meetings or belittling colleagues, they can expect that behavior to spread. If they practice thoughtfully and respectfully challenging each other to create a better outcome, that is what others in the organization are more likely to do.

Leaders and senior managers are expected to be stronger examples of “rowing in the same direction” and working together through tough situations.

The “easy stuff” rarely gets to the leadership team…and how those meetings (even on more difficult topics) are conducted has an outsized effect in normalizing behaviors. All the more reason to define what’s expected for each leader!

Each time you accept it when others bring a problem and ask to compress a five-day workflow into two days, you teach them that it’s okay. You are choosing to say yes to that request.

As you review challenging situations that didn’t go the way you expected, take time to split apart your process from the outcome. As you reflect on your part with a clearer mindset, you may realize that your process was just fine. If you really aren’t sure, drop us a line and we’ll give you a hand! 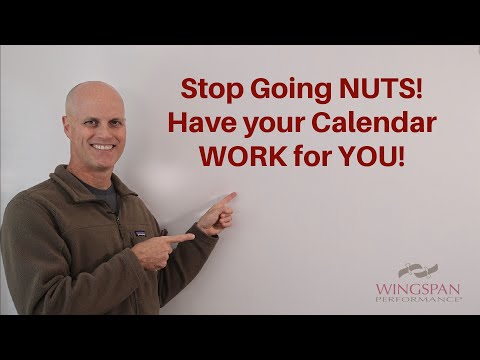 Thinking about your calendar differently can help you prevent surprises or late nights. More importantly, it FEELS better knowing what’s coming and that you are ready for the things you know about.